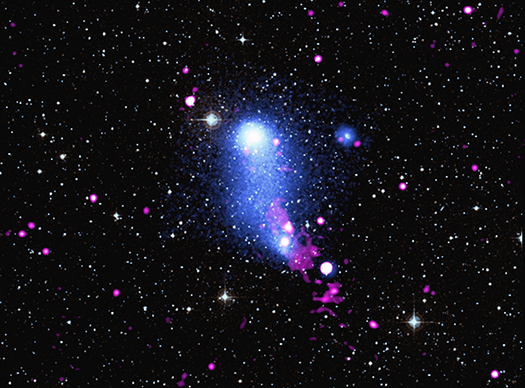 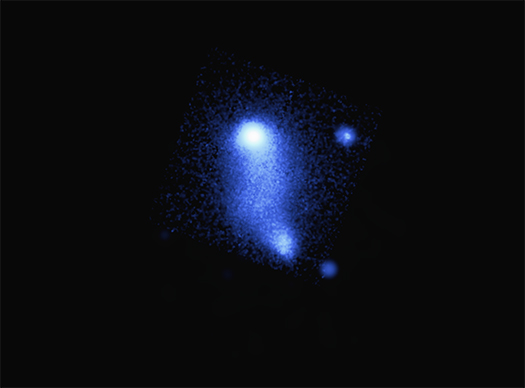 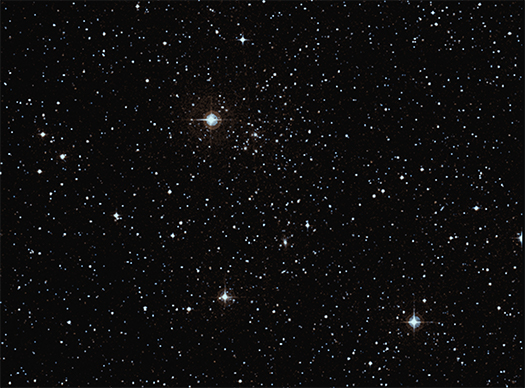 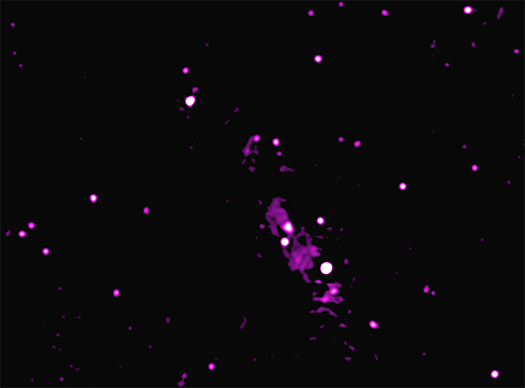 The system known as Abell 2384 shows the giant structures that can result when two galaxy clusters collide. A superheated gas bridge in Abell 2384 is shown in this composite image of X-rays from NASA's Chandra X-ray Observatory and ESA's XMM-Newton (blue), as well as the Giant Metrewave Radio Telescope in India (red). This new multi-wavelength view reveals the effects of a jet shooting away from a supermassive black hole in the center of a galaxy in one of the clusters. The jet is so powerful that it is bending the shape of the gas bridge, which extends for over 3 million light years and has the mass of about 6 trillion Suns.

A labeled version of the image traces the shape of the bridge, marks the position of the supermassive black hole, and shows where the jet is pushing the hot gas in the bridge sideways at the collision site. The lobe of radio emission marking the end of each jet is also shown. At the collision site, astronomers found evidence for a shock front, similar to a sonic boom from a supersonic aircraft, which can keep the gas hot and prevent it from cooling to form new stars.

Chandra has often observed cavities in hot gas created by jets in the centers of galaxy clusters, such as the Perseus cluster, MS 0735 and the Ophiuchus Cluster. However, Abell 2384 offers a rare case of such an interaction occurring in the outer region of a cluster. It is also unusual that the supermassive black hole driving the jet is not in the largest galaxy located in the center of the cluster.

Astronomers consider objects like Abell 2384 to be important for understanding the growth of galaxy clusters. Based on computer simulations, it has been shown that after a collision between two galaxy clusters, they oscillate like a pendulum and pass through each other several times before merging to form a larger cluster. Based on these simulations, astronomers think that the two clusters in Abell 2384 will eventually merge.

Abell 2384 is located 1.2 billion light years from Earth. Based on previous work, scientists estimate the total mass of Abell 2384 is 260 trillion times the mass of the Sun. This includes the dark matter, hot gas and the individual galaxies.