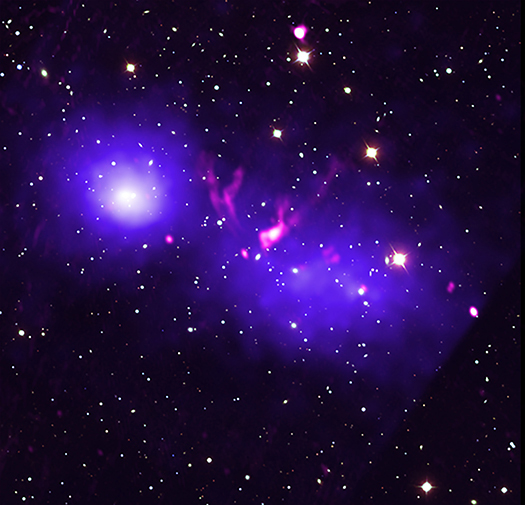 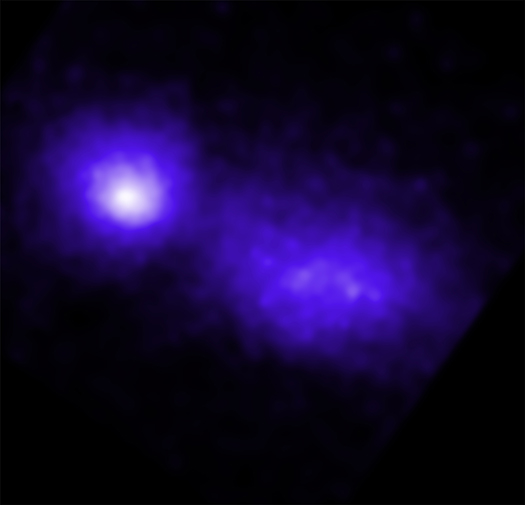 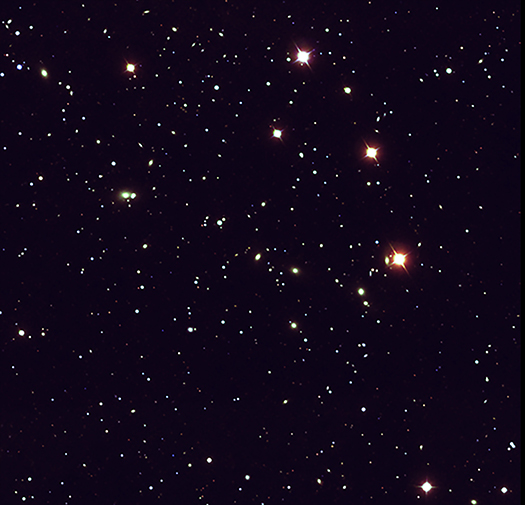 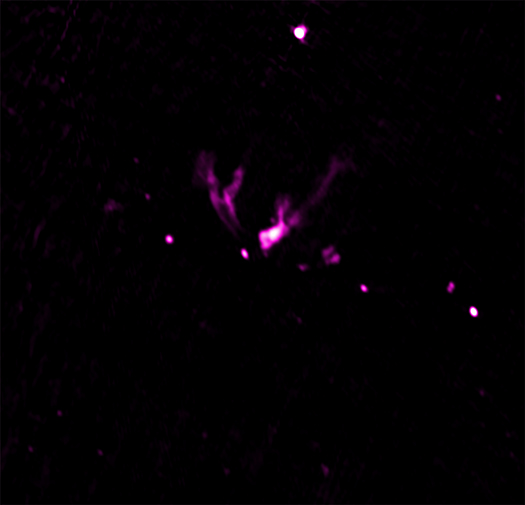 For the first time, astronomers have found two giant clusters of galaxies that are just about to collide, as reported in a new press release by RIKEN. This observation is important in understanding the formation of structure in the Universe, since large-scale structures — such as galaxies and clusters of galaxies — are thought to grow by collisions and mergers.

The composite image shows the separate galaxy clusters 1E2215 and 1E2216, located about 1.2 billion light years from Earth, captured as they enter a critical phase of merging. Chandra’s X-ray data (blue) have been combined with a radio image from the Giant Metrewave Radio Telescope in India (red). These images were then overlaid on an optical image from the Sloan Digital Sky Survey that shows galaxies and stars in the field of view.

The discovery of 1E2215 and 1E2216 at this stage of merging has enabled astronomers to test their computer simulations of these important collisions. This new result provides evidence of a shock wave that is generated early in the merging process and travels out away from the collision in a perpendicular direction.

Because the merging process takes much longer than a human lifetime, astronomers only see snapshots of the various stages of these collisions. A separate graphic shows 1E2215 and 1E2216, plus two systems at earlier stages before collision (Abell 399/Abell 401, and Abell 1758), and one where the collision has already occurred (CIZA J2242.8). This series of images represents the sequential steps a galaxy cluster would undergo. A labeled version shows the separation between the two clusters and the amount of time, measured in billions of years, before or after impact.

Clusters of galaxies are the largest known objects held together by gravity and consist of hundreds of galaxies that each contain hundreds of billions of stars. Ever since the Big Bang, these objects have been growing by colliding and merging with each other. Due to their large size, with diameters of a few million light years, these collisions can take about a billion years to complete. After the dust has settled, the two colliding clusters will have merged into one bigger cluster.