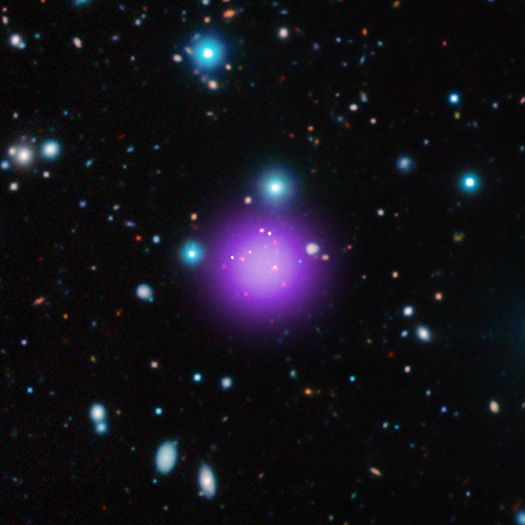 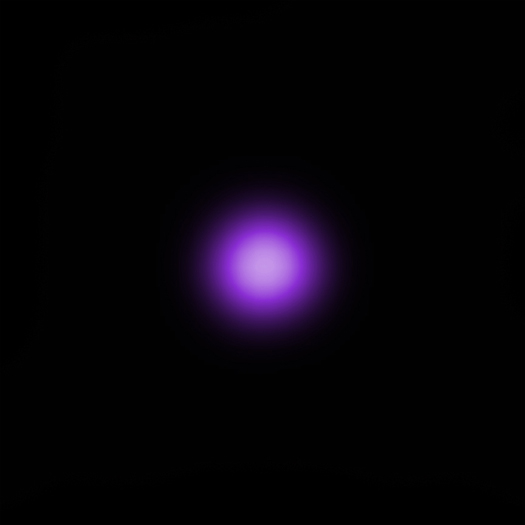 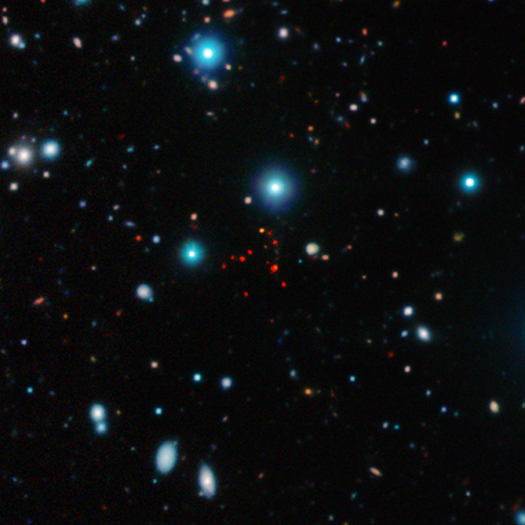 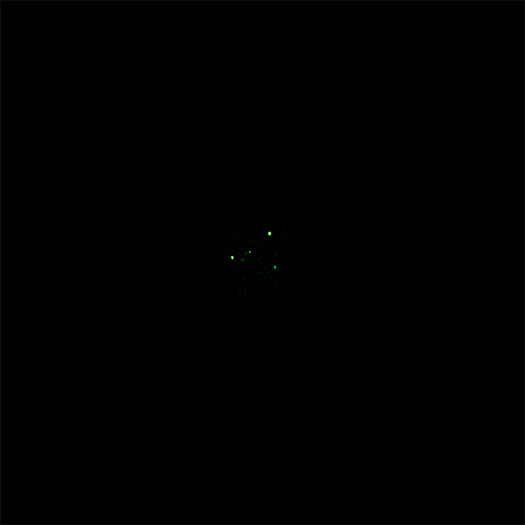 This image contains the most distant galaxy cluster, a discovery made using data from NASA's Chandra X-ray Observatory and several other telescopes. The galaxy cluster, known as CL J1001+0220, is located about 11.1 billion light years from Earth and may have been caught right after birth, a brief, but important stage of cluster evolution never seen before.

The remote galaxy cluster was found in data from the COSMOS survey, a project that observes the same patch of sky in many different kinds of light ranging from radio waves to X-rays. This composite shows CL J1001+0220 (CL J1001, for short) in X-rays from Chandra (purple), infrared data from ESO's UltraVISTA survey (red, green, and blue), and radio waves from the Atacama Large Millimeter/submillimeter Array (ALMA) (green). The diffuse X-ray emission comes from a large amount of hot gas, one of the defining elements of a galaxy cluster, as described in the press release.

The large amount of growth through star formation in the galaxies in CL J1001 distinguishes it from other galaxy clusters found at distances of about 10 billion light years and closer, where little growth is occurring. These results suggest that elliptical galaxies in clusters may form their stars through more violent and shorter bursts of star formation than elliptical galaxies outside clusters.

The latest study shows that CL 1001 galaxy cluster may be undergoing a transformation from a galaxy cluster that is still forming, known as a "protocluster," to a mature one. Astronomers have never found a galaxy cluster at this precise stage. These results may also imply that star formation slows down in large galaxies within clusters after the galaxies have already come together during the development of a galaxy cluster.

There is no distances in the Universe.

Proud to have worked on bringing Chandra into being.

I love the composite and then being able to see the individual components x-ray, radio and IR.

Thank you for your newsletters plus the interesting photos of the universe. I appreciate all times.

Light from 2.5 billion years after Big Bang. Emanating from outer most reaches of known Universe, Virgo... has finally reached us.

One of the better uses of our tax dollars.