Kimberly Arcand has been a member of the Chandra X-ray Center since 1998. As the Visualization Lead, Kim's role includes oversight of a range of science products and activities, including imaging and astronomical data visualization, multimedia product development, exhibition creation and coordination, and research into emerging technologies.

Growing up, I was the kid with the chemistry set, the microscope, and the stellarium as my favorite "toys" (well, after I grew out of a major purple unicorn phase). I loved science, or what I thought of as science: the idea of discovering something new, of figuring out puzzles, of contributing to people’s lives in some significant way. For my undergraduate work, I got a degree in biology, specializing in parasitology and infectious disease with the idea I would go on to be a medical doctor. But as I approached my senior year I realized I didn't want to go the long haul to be a doctor. Fortunately, in the meantime, I had become interested in computer science.

During my senior year of college, I won a fellowship with the RI Public Health Partnership to work in public health. In that position, I directed the creation of interactive applications for public health issues such as Lyme disease, one of which won an intellectual property invention award. I taught a Computer Science 101 course for a few semesters to help pay the bills. But still, I didn't know what I wanted to be when I "grew up." Then one day, back in 1998, I stumbled upon a job opening for NASA's Chandra X-ray Observatory to code applications and went from micro (as in the size of a cell and smaller) to macro (galaxies and the Universe as a whole).

My work for Chandra has been very technologically based – creating different kinds of communications platforms with digital technologies. I started graduate class-work in computer science at Harvard, though I put it on pause after I had my first child. What I wanted to try was to experiment with new, unexpected avenues to help translate current scientific discoveries for non-expert audiences.

One major project towards that goal involved working with the International Astronomical Union and UNESCO, to launch a series of large-scale astronomy exhibitions in non-traditional locations called "From Earth to the Universe" (FETTU). This project was put into public parks, metro stations, prisons, town squares, art festivals, etc. An important aspect of FETTU’s success was working with museums and other cultural or scientific organizations to partner with them on the exhibit creation to tap into both logistics handling and expertise, as well as awareness of locality and local culture. 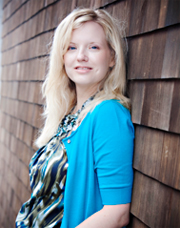 We had so much fun with FETTU – which ended up in over a thousand locations around the world – that we are working on new generations of it that will include different content, such as astrobiology and general physics. I'm looking forward to working with even more people around the world as we get these public science projects off the ground and help bring discoveries, such as Chandra's, to new audiences.

I have really enjoyed my career in STEM (science, technology, engineering and math) so far because it has evolved and changed as my interests have, and as the needs of the Chandra program have changed. My STEM career path hasn’t always been linear or prescribed – but I have always enjoyed trying new technologies and approaches. These days, besides working on Chandra legacy projects, I've completed graduate work at Brown University in image and meaning research and public humanities and co-authored a book (a sort of travel guide to the Universe). I like to think that on most days, I'm getting close to the cosmos but without the hazards of a long distance commute.

Category:
Career Development
Subcategory:
Women in the High Energy Universe
Disclaimer: This service is provided as a free forum for registered users. Users' comments do not reflect the views of the Chandra X-ray Center and the Harvard-Smithsonian Center for Astrophysics.
Please note this is a moderated blog. No pornography, spam, profanity or discriminatory remarks are allowed. No personal attacks are allowed. Users should stay on topic to keep it relevant for the readers.
Read the privacy statement